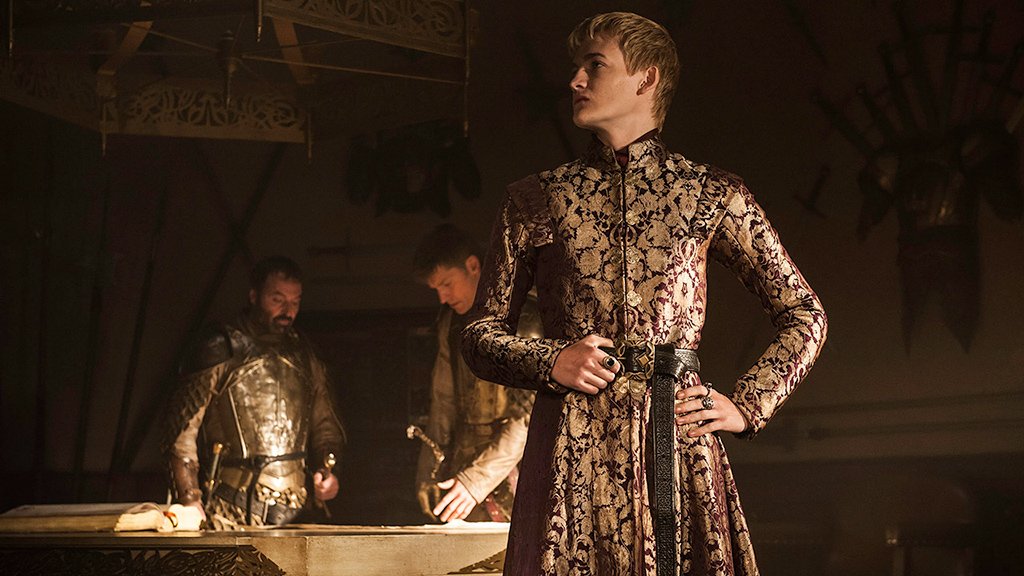 If you recognized the names in the headline, then you might not need to read this warning: SPOILER ALERT! Game of Thrones

As I shared in an earlier post "What do franchising and 'Game of Thrones' have in common? More than you'd think.", I’m a big fan of “Game of Thrones.” I’ve read all the books and I watch the television series religiously—all in the name of business, of course. Imagine my delight in discovering that there are publications out there that are more than happy to feed my obsession—oops, I mean, support my professional development—by explaining the correlation between business leadership and some of the characters on the show.

Time magazine had one of my favorite articles because it uses character quotes to identify 5 Leadership Lessons You Can Learn From Game of Thrones.

That was Tywin Lannister’s retort to his grandson Joffrey at a family confab, when Joffrey angrily threatened another character by saying, “I am King!” After coming back with his “no true king” remark, Tywin dismissed the boy by sending him to bed, saying, “The king is tired.” Time—and many other publications—noted “the best leaders are followed based on the collective will, not because they say ‘I am the boss.’” So true! The best bosses are those we choose to follow out of zeal and admiration, not simply obligation.

We first heard this pithy statement uttered by Ned Stark to his wife and brother (but it’s certainly not the last—it’s a declaration oft repeated!). It recognizes that the world is a dark, unpredictable and often dangerous place. What’s the leadership connection? That the best leaders face an uncertain future by preparing for the worst, especially when times are good. Debbie Seunarayan, writing for Management Today, says it’s a message for business leaders to build reserves of money, talent and loyalty to have on hand if things take a turn for the worse. (And on GoT, things always take a turn for the worse.)

“The man who passes the sentence should swing the sword.”

One of the most revered characters on the show, Ned Stark, reminds the audience, “He who hides behind executioners soon forgets what death is.” In other words, if you’re going to find someone guilty of a crime, and the punishment is death, then the judge and the executioner should be one and the same. Okay, I’ll just leave that gruesome image there and jump right to the business connection! (It should go without saying the only kind of execution we face at Great Clips is our readiness and willingness to execute on our values and strategy.)

True leaders carry out difficult decisions as well as make them. The “troops” want to know that people in the C-suite are willing to roll up their sleeves, not just issue directives for what needs to be done. Leaders need stay in touch with their workers’ reality.

How can this statement from Daenerys Targaryen not be one of my favorites from GoT?

Daenerys teaches us many leadership lessons, which, as a woman, I appreciate. Maybe the most important is believing in yourself. Daenerys didn’t have formal training to lead an army of devoted followers, but she doesn’t suffer from self-doubt. At the beginning of the series, Daenerys was powerless—sold into marriage to a barbarian. Through the seasons, she has developed into a beloved, powerful character. Sometimes knowledge comes from life experience, not formal education.

There are even more leadership lessons embedded in GoT, but if I go on much longer, you may begin to wonder if I’m just rationalizing weekend binge-watching. Nothing could be further from the truth. Really.

A true test for leaders is how they respond in the best of times—and the worst of times—by being decisive, fair, astute and honorable. And, as leaders, we not only have to believe in ourselves, we also need to instill self-confidence in our employees. That’s part of the values, culture and everyday actions at Great Clips. If that sounds good to you, and you’d like to know more about what it’s like to be a Great Clips franchisee, send me a note or give me a call. I’d love to talk with you.