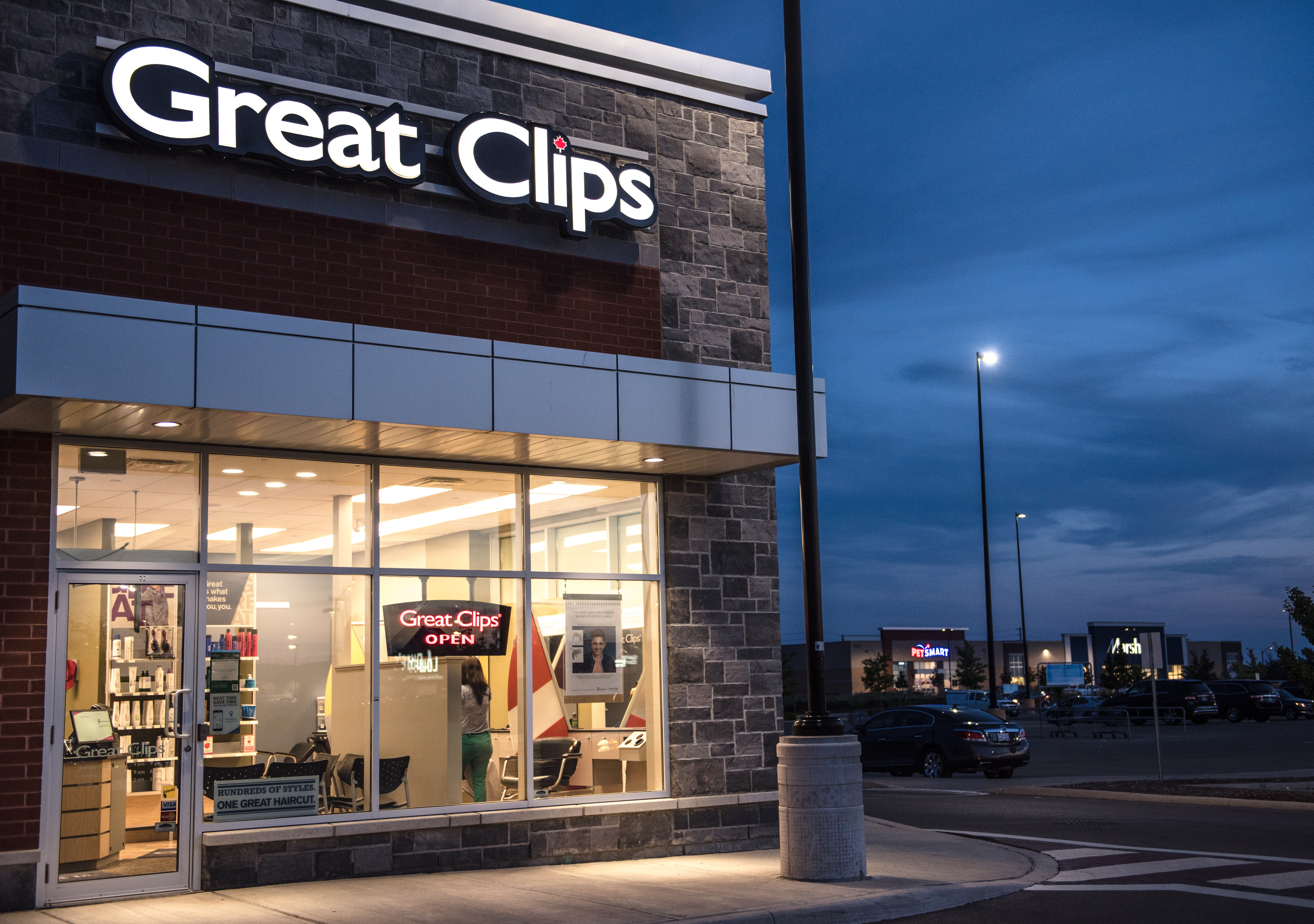 When Great Clips franchisees open a new salon, the marketing department at the corporate office often works with a public relations agency to help promote a new salon opening in the local community. It’s just one way Great Clips supports the owners of these walk-in hair salons with a multi-week process designed to introduce their new salon to as many people as possible, and to ensure that the salon attracts customers in those early weeks and beyond.

A good press release does more than just give the who, what, and where of an event. Great Clips believes it’s also valuable to tell the story of the people behind the event—the local business owners who are making a difference in their communities.

Great Clips franchisee Pennie Boyce is a great example of someone doing just that. Here’s the press release that was distributed to local media to promote Pennie’s new salon in Medicine Hat, Alberta. It also gave local residents an idea about what makes this local business owner so passionate about investing in the community where she lives and works.

As the owner of four other successful salons—two in Calgary and two in Lethbridge—Boyce jumped at the opportunity to open a salon that offers convenience and affordability to residents in the Medicine Hat area. She said the friendly, small-town feel of Medicine Hat attracted her because it reminded her of where she grew up.

“I was raised on a farm about an hour south of Calgary, and my family is still there,” says Boyce. “When I first came to Medicine Hat, the friendliness of everyone here immediately made me feel at home. I knew this would be a great community to invest in, both professionally and personally.”

Just a few days after the new salon opened, Boyce and her salon staff had an unexpected opportunity to show just how invested they are in providing exceptional, personal service to their customers. A young man with autism arrived at the salon with his mother, who was trying to help her son feel more comfortable in an unfamiliar place.

“When his name was called to head back to one of the haircutting stations,” says stylist and general manager, Shantel Merritt, “the young man wasn’t comfortable leaving the front lobby area, and when we tried to show him it would be okay, he became more upset.”

Merritt and two other stylists, along with the young man’s mother, figured out a way to cut his hair using a chair in the lobby, gently distracting him with things to look at and hold. Using their extraordinary patience and skill, the haircut was a success.

The young man’s mother told Merritt that she hasn’t been able to get her son’s hair cut in a salon for the past 14 years. “She said some places she went to wouldn’t even try,” says Merritt. “She was beyond grateful for the experience she had at our salon.”

Boyce said she’s proud of her staff for stepping up to put this customer “in a comfortable place, and giving a great haircut that accommodated his needs. Making every customer comfortable is at the center of how we do business.”

Before becoming a Great Clips franchisee in 2011, Boyce was an accountant in the construction industry for 25 years, experience she credits with helping her build a successful walk-in hair salon business. She’s especially pleased with the staff she’s hired and retained through the years, including Merritt who is the general manager for Boyce’s salons.

Boyce commends Merritt, who has worked for Great Clips for 17 years, for helping build a culture of teamwork, caring, and fun among the staff.

“Shantel is amazing! Even the Great Clips corporate office recognizes that,” says Boyce. “She’s featured on the Great Clips YouTube channel as an example of ‘How Great Begins.’ I couldn’t be more proud!”