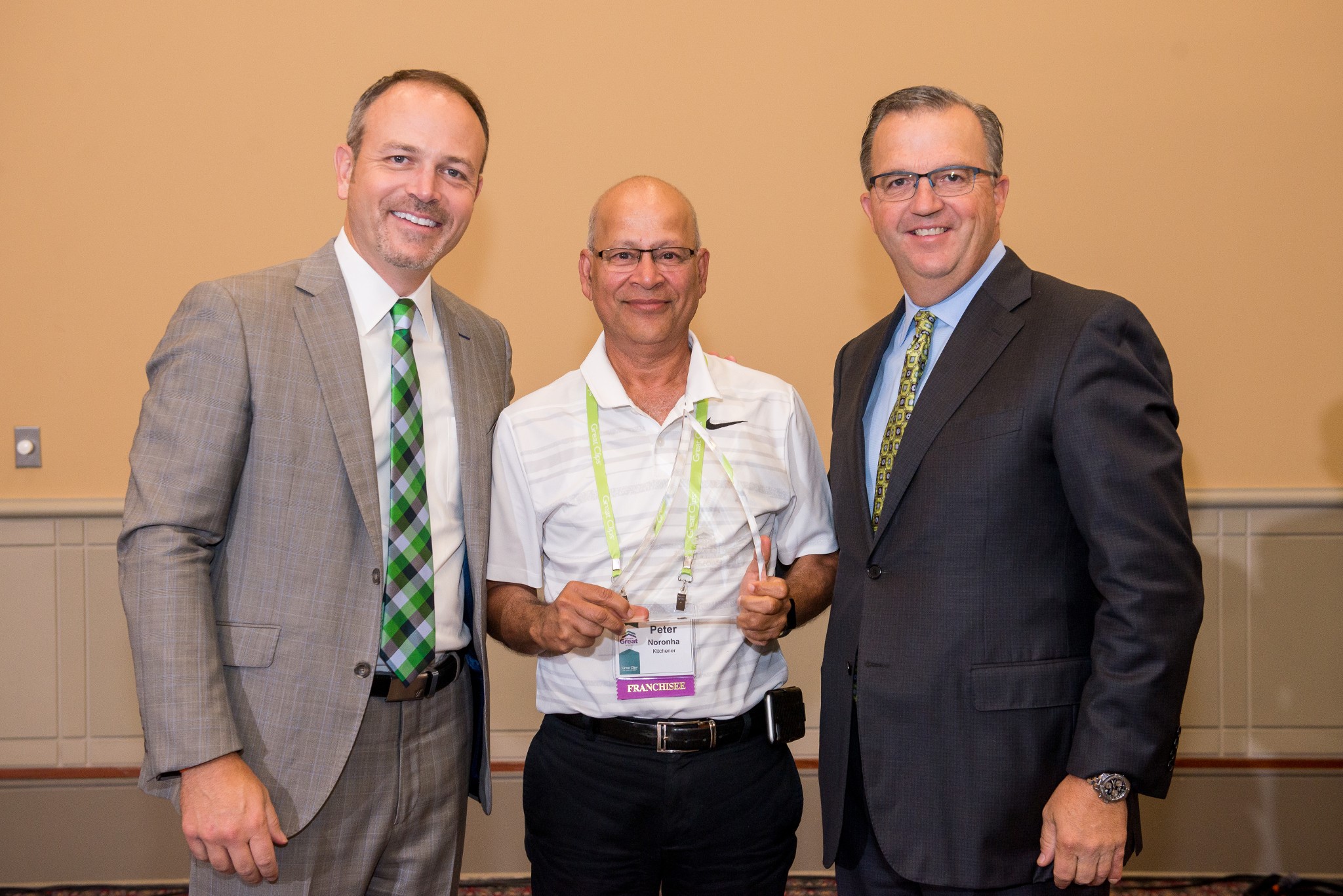 I recently returned from attending the first of four Great Clips regional meetings being held this month and next. These so-called Zone Meetings take place in four cities across the U.S. every other year, alternating with the Great Clips Convention. I attended the Zone Meeting in Philadelphia, and, as always, walked away inspired and impressed.

Much of the event is spent recognizing franchisees and their salon teams for outstanding success ranging from salon performance metrics to community service. One of the honors presented was for Rookie of the Year, an award that recognizes a franchisee who has been in the system for fewer than five years, and who shows an ability and willingness to embrace the Great Clips brand through dedication and leadership.

This year’s honoree for the Northeast Zone was Peter Noronha, who owns one salon in the Kitchener, Ontario market. He may be a rookie franchisee as a walk-in hair salon owner, but he’s making a big impact in his market. I love Peter’s story because of how he represents the best of the Great Clips franchisee culture—supporting each other, knowing that when one of them does better, they all do better.

Here’s what was said about Peter at the award presentation:

It's not surprising that this franchisee stands out among his peers. His gung-ho enthusiasm for the brand is exceeded only by his pride in seeing his salon grow and his salon team excel. He owns only one salon so far, and his attention to detail in that salon is paying off. With his salon performance metrics above average for the market, it’s obvious his salon team has built a loyal and satisfied customer base. What makes this franchisee especially notable is his commitment to other franchisees. He is generous with his time and leadership—recently becoming their new Co-op President. He talks with most of the franchisees in his market weekly, if not daily, comparing numbers or discussing the competition. He offers his bookkeeping skills to those who aren’t as financially minded. Most important, he encourages everyone to work together, creating a co-op culture based on trust. This collaboration has allowed them to make smart, market-wide decisions, including executing an aggressive Great Hair Cut sale. Congratulations, franchisee Peter Noronha, for being this year’s Rookie of the Year in the Northeast Zone!

I can’t wait to see where Peter goes with his business in a year. Kitchener is a strong and growing market thanks to all of the Great Clips franchisees there. There are some great opportunities to become a franchisee in the Northeast U.S. and Canada. Interested? Give me a call and I can tell you more.