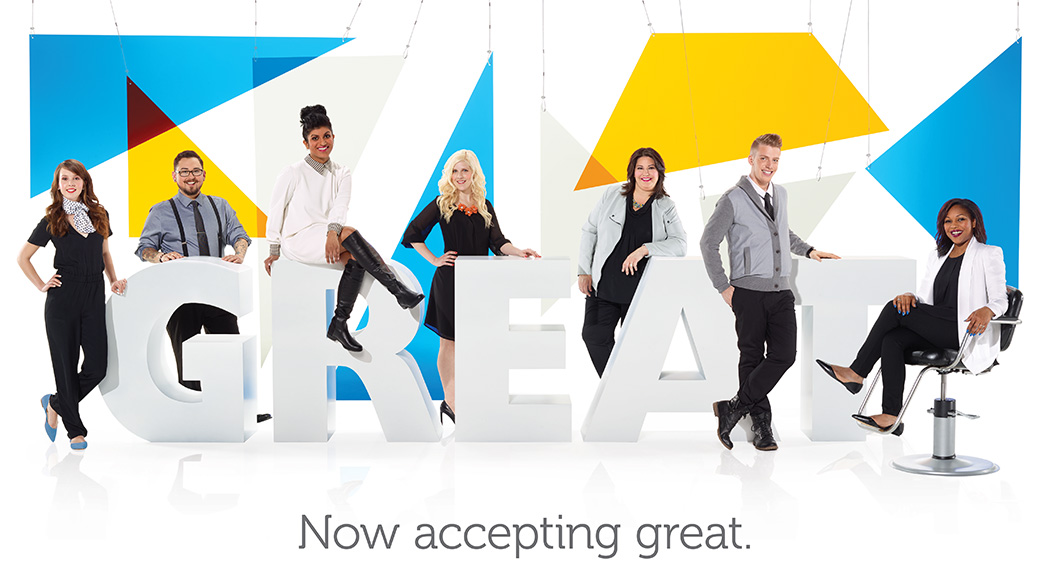 While my primary job is to help prospective franchisees figure out if becoming an owner of a walk-in hair salon would be a good investment for them—a relationship that’s heavily focused on the front end of the franchise recruitment and development process—I love it when I have the chance to meet up with some of these people once they’re fully into ownership of a few Great Clips salons. When I do, I often ask them, what do you know now that you wish you’d known when you opened your first salon?

The most common response is about recruiting, hiring, and retaining good employees. So often I hear these exact words, “I wish I’d been slower to hire and quicker to fire.” In other words: They wish they’d been choosier when hiring; they wish they had waited for the right person, instead of hiring whoever was available. And, when an employee made it clear that working for their organization wasn’t a good fit, they should have let them go. Sooner rather than later.

So imagine my surprise when I saw this article in Fast Company, which pronounces in the headline: This Is Why “Slow To Hire And Quick To Fire” Is Bad Advice. The writer says being slow to hire actually creates more stresses and negative results than hiring the best candidate available, even if they aren’t the perfect person for the job.

The article says that this long-held belief about hiring slowly and firing quickly grew out of the fear that a bad hire ends up costing a company “five times the bad hire’s annual salary” (not necessarily true, according to the article). But the author says that taking a long time to hire just exacerbates the problem.

“The longer the hiring process goes on, the greater the chances of making a poor choice. ‘It’s a vicious cycle,’ says Scott Wintrip, author of High Velocity Hiring: How to Hire Top Talent in an Instant. ‘When you make fear-based decisions, you end up repeating the cycle again and again.’

Instead of acting out of fear, Wintrip recommends adopting a new mantra: ‘Fast to hire, quick to inspire.’”

I wanted to get an expert insider’s perspective on this “hiring slow, firing quick” debate, so I reached out to Jared Nypen, Great Clips Director of Talent Acquisition.

In response to the current tight labor market, Jared and his team have significantly expanded the kind of support Great Clips gives both new and established franchisees to help them attract and retain the best candidates to work in their salons. Here’s what Jared had to say, and some of my own thoughts.

What do you think…slow to hire and quick to fire? Or the opposite?

Jared: I believe that you should hire thoughtfully and fire quickly (within reason), but the barometer I would use is this: Do they understand what is being asked of them? Do they have the skills and capacity to do it, and do they want to? I think it’s important to understand quickly if someone has the capacity to meet expectations, especially when you add on the power of coaching to help people get there.

I had a situation in which I really had to ask myself these questions. I hired an employee who did not meet my expectations in the first six months. (Did I hire too quickly? Not sure.) I worked with the employee to understand why they were underperforming, and it turned out he didn’t understand my expectations and was not used to working with the amount of autonomy I was giving him. We worked together to develop his comfort working independently, and I changed some of the ways I was communicating to ensure he understood my expectations. He’s now a top employee.

In this case, I’m glad I wasn’t quick to fire.

Beth: Jared’s experience sounds like what the article said about being “quick to inspire.” I tend to be the kind of person who sees the best in people and wants to give them a chance, even when I shouldn’t. I had a situation where I hired someone from within the organization who had great skills but not a lot of experience in what our department specifically does. I wanted to give them a chance because...well, because that's my inclination. Yep, red flag. Even after a lot of coaching and training from peers and management, it became pretty obvious that it wasn't a good fit for the employee or the department and we mutually decided to part ways.

Was I too quick to hire this person? Not necessarily. Was I too slow to let them go? Probably.

Jared, what advice would you give to someone who's investigating franchise businesses about what they should look for in a franchisor when it comes to hiring?

Jared: Look at the type of support the franchisor gives franchisees on recruiting. Specifically, understand if the parent company helps develop and market the overall employer brand, and if they provide tools, resources, and recommended strategies to ensure recruiting success.

Beth: I tell prospective franchisees that a franchisor should not (and, legally, cannot) be doing the hiring for you—that’s your job as the business owner, so look for a company that provides the tools and training to help you hire the best team possible.

I also say, straight up, “You will never NOT be recruiting.” If the franchisee can do an effective job of retaining, however, that will limit how much recruiting they have to do, to some extent, but they should consider it to be one of the most important tasks they will face as a business owner.

What’s a recent success story you can share about a Great Clips franchisee doing the right thing in recruiting or retention?

Jared: One of our franchisees recently staffed his salons through networking. He called references from the applicants to his salon, and he built on those relationships, which really expanded his contacts. He was able to fully staff his salon in a short amount of time. My advice to anyone hiring staff: Build relationships with potential employees so when they decide to look for a new job, you are the go-to contact they turn to first. It’s a great way to become an employer of choice.

Jared is just one of the experts at Great Clips who support our franchisees. If you’d like to know more about the work of Jared’s team, check out the Great Clips Careers website. Then, give me a call. I’d love to talk with you.