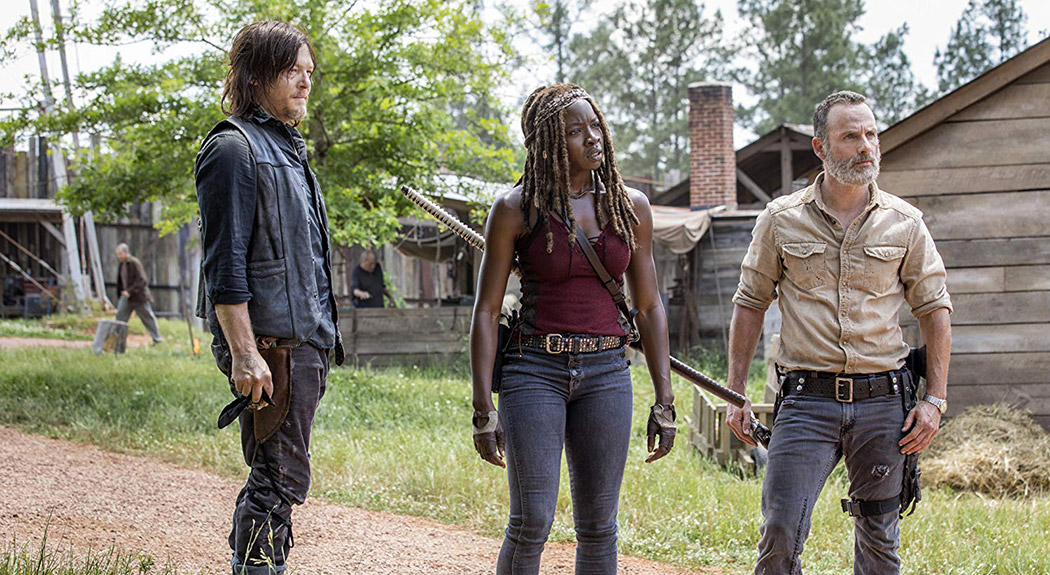 You don’t have to be reading the Harvard Business Review every week to find some good, common sense business insight. In an earlier post, I shared some leadership lessons that can be learned from Mister Rogers (yes, that Mister Rogers).

Now it’s time to do an about-face and examine leadership and management examples from the other side of…well, from the actual “other side” represented in the television show, The Walking Dead.

Sure, it’s set in a small-town neighborhood that might, at first glance, seem similar to Mr. Rogers’ neck of the woods—until the zombies come out to play. But here, too, according to Leadership for the End of the World, a post on PeopleDevelopmentMagazine.com, there are valuable management insights to be devoured. (Sorry.)

LESSON #1: Ordinary people are often the best leaders in a crisis
In this post, Jone Bosworth, an executive coach and strategist, points out that, while corrupt or weak leadership leads to disaster, a crisis also spawns new leaders. And you know what? Those new leaders are usually rather ordinary people—no smarter, no more experienced than you or me. (Sure, they are usually better looking but that’s show biz.)

What you might call the “executive team” on The Walking Dead consists of a pizza delivery guy, a farmer’s daughter, a battered wife and a backwoods survivalist.

I find it quite plausible that a savvy salon manager or owner could make an appearance at any time—after all, a great haircut, delivered efficiently after a very short wait, does sometimes make a lot of other problems seem inconsequential!

But seriously, these end-of-the-world television shows and movies are realistic in the sense they show ordinary people stepping up to challenges and solving problems. Sometimes they trust the wrong people, or make other mistakes. Who among us hasn’t had to own up to a mistake and backtrack?

LESSON #2: Lean on others
These improbable leaders also learn to lean on other people’s strengths to compensate for their weaknesses. Sometimes, it’s the least likely person who saves the day or manages to improvise a solution no one else had considered. One of my favorite lines from a character forced into a position of leadership is: “I never asked for this.” Haven’t we all had that thought from time to time—even if we did, in one way or another, ask for it?

So, the next time you’re having a really bad, terribly horrible, perfectly awful day—when it seems like everyone around you is a member of the walking dead, hammering on the door and determined to break in—stop and ask yourself this question:

What would Rick Grimes do? Or better yet, what would Mister Rogers do?