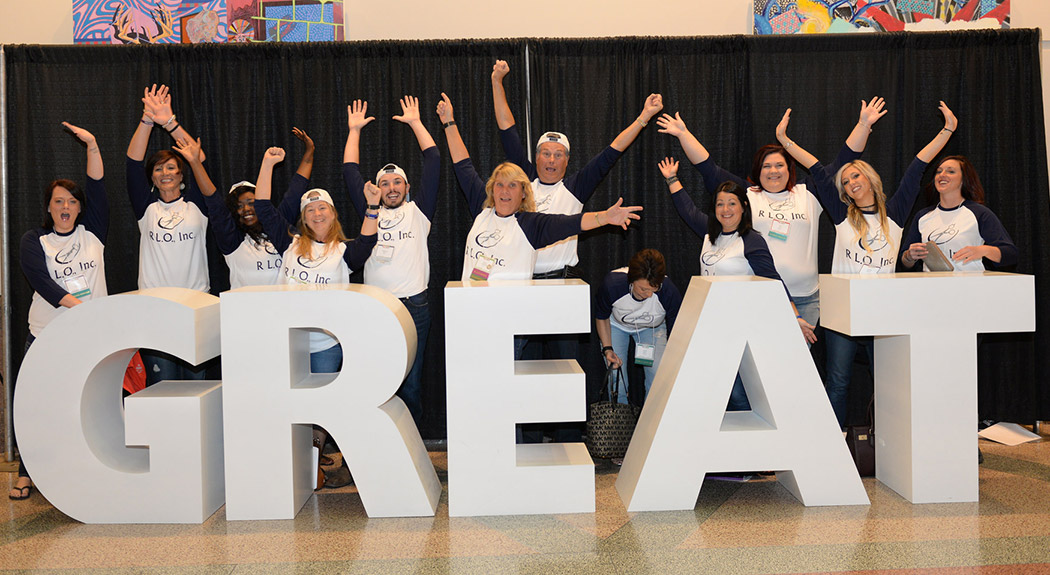 Well, the 2016 Great Clips Convention—which brought together thousands of franchisees, salon managers and general managers, hundreds of home office employees and another hundred or so vendors and contractors—is a wrap.

This year’s theme was GREAT Together, and, after three days of general sessions, leadership messages, training opportunities, breakout sessions, networking events, plenty of great food, a few adult beverages, dressing up for the big awards banquet, and lots of laughter and cheering, I can say confidently: Yes, we are great together.

I came away, once again, convinced that Convention is a standout example of how this company’s culture is focused on helping franchisees be successful.

The key to that culture is the strong sense of connection and helpfulness between the corporate office and franchisees, and also—and maybe more importantly—the bonds of cooperation between Great Clips franchisees themselves.

I saw that happening several times during Convention, on both a casual level and at scheduled breakout sessions. I guess that’s why the theme of the convention was GREAT Together. It’s so true.

For example, I was getting to know Daniel Walker, a fairly new Great Clips franchise owner, who has recently purchased two existing salons in the Tulsa, Oklahoma market, and is working hard to build his business. While we were talking, long-time franchisee Jerry Akers [Cedar Falls, Iowa] stopped by to say hello. Boom! It hit me—Jerry was just the person Daniel needed to talk with. Jerry has had a lot of success in turning underperforming salons into great successes. I made the introduction.

A few days later, Daniel called to thank me. He and Jerry had already talked and, in less than an hour, Jerry had passed along several valuable strategies for improving Daniel’s business operations. “I’ve already got a bunch of ideas about what I need to do,” Daniel told me.

That, to me, is what Convention is about. If you’re a new franchisee, it’s a great place to learn who the key players are and what you can learn from them. If you’re a veteran salon owner, it’s a great opportunity to share your best practices because the brand is stronger when every salon is strong.

And with each new connection, a critical expression of the Great Clips culture grows exponentially: Daniel now knows the power of collaboration and will remember it when he’s called upon to help out a new franchisee several years from now. The cycle keeps going, paying it forward, making each of us better.

Which brings me back to my opening observation. A significant part of our corporate and individual successes at Great Clips is due to the fact that all of us are—or should be—committed to helping one another. When we reach out to support or congratulate one another, we’re building community. That community contributes to success for everyone. Dare I say it? We’re greater together.