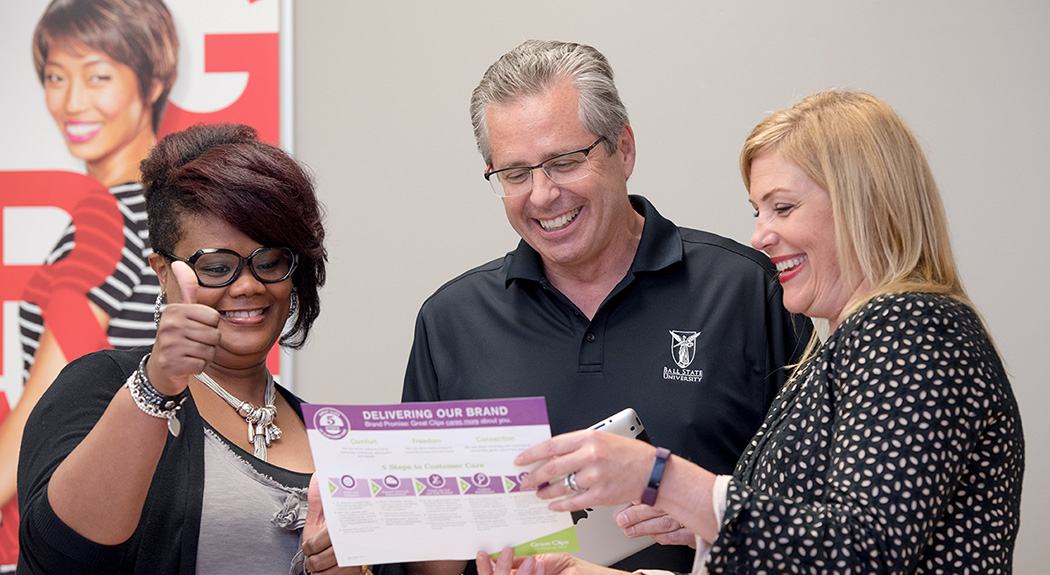 Feedback that doesn’t change an employee’s behavior or actions doesn’t do anyone any favors. Effective feedback only works when there’s trust.

In a previous post, I wrote about the management philosophy of author Kim Scott (Radical Candor—The Surprising Secret to Being a Good Boss) who proposes that great bosses care personally about the comfort of their employees, but they also practice what she calls “radical candor.” In other words, there is a balance between being nice so employees feel comfortable, and being forthright in giving feedback—the negative as well as the positive.

Scott’s philosophy is that you can “be a kick-ass boss without losing your humanity.” When you create a culture of feedback, you build a cohesive team and achieve great results. And, criticism doesn't have to be delicately delivered on a silver platter—when you have the right relationship, you should just say it, for goodness sake!

Great Clips franchisee Jeff Lehman, who owns 7 walk-in hair salons in Cleveland and Youngstown, Ohio, believes in the effectiveness of direct feedback, but he finds it is only effective when employees are told why their actions are wrong or inappropriate.

“We don’t simply quote the handbook and cite the violation,” says Jeff. “We talk about how it affects our mission statement and the customer’s comfort while in our salon.” He and the salon manager then create a plan to help them improve their performance.

Kim Scott was on the receiving end of radical candor from none other than Sheryl Sandberg, then a vice president and Scott’s boss at Google, which she described in an interview. Scott had just given a well-received speech when Sandberg took her for a walk and suggested she needed a coach to rid herself of some bad speaking habits. Scott brushed off the suggestion—until Sandberg made her point more bluntly.

“‘You know, Kim, I can tell I'm not really getting through to you. I'm going to have to be clearer here. When you say ‘um’ every third word, it makes you sound stupid.’ Now, that got my attention!”

That was the kindest thing Sandberg could have done, said Scott, but she was only able to hear the message because they had a trusting relationship. “Part of the reason Sheryl was able to say to me ‘You sounded stupid,’ was that I knew she cared personally about me. [Plus, she] didn’t say, ‘You’re stupid.’ She said, ‘You sounded stupid’…there’s a big difference between the two.”

Jeff Lehman agrees that building a foundation of trust is key to helping employees—in his case, the managers and stylists in his franchised salons—improve on the job.

“I trust them to run the business,” says Jeff. “Great Clips is set up to be a manager-run franchise operation, so managers are hired to make decisions. I’m always available to answer questions and help solve problems, but I respect that they’re on the front lines.”

That trust is invaluable when he needs to give feedback. “They know I have their back,” says Jeff.

So, yes, you can be both kind and candid when giving feedback. The key to making it stick? Create a culture of feedback built on trust. If it works for Sheryl Sandberg and Jeff Lehman, it’ll surely work for your organization.

What have you done to build trust with your co-workers? Do you lean toward kind or candid when giving feedback? I’d love to hear what works for you. Give me a call or send me a message.

By Beth Nilssen on August 21, 2019 , Minneapolis
Up Next Great Advice

What kind of boss are you—too kind or too candid?

As a manager, you can be candid with your feedback and still be kind. In fact, it would be unkind to be anything less than candid.