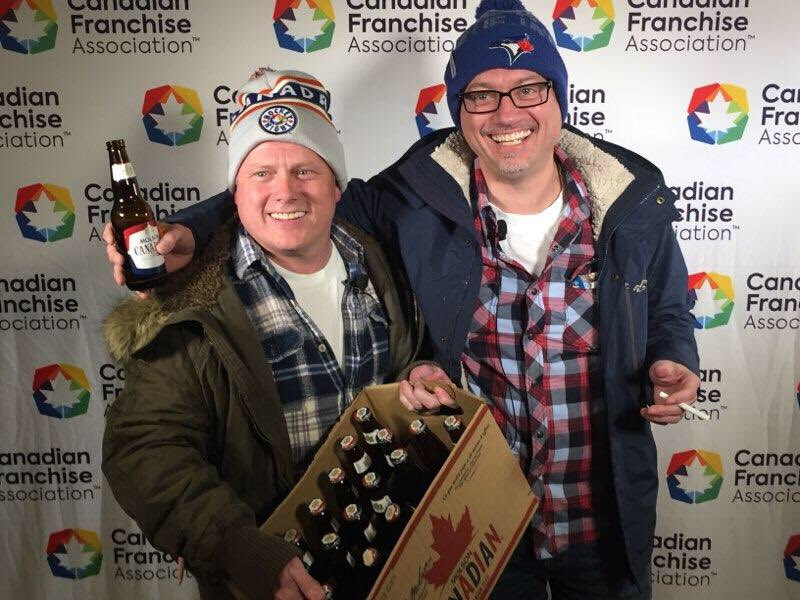 The Canadian Franchise Association recently held its annual meeting in Ottawa, which happens to be my hometown, so I was thrilled to attend the conference on multiple levels.

At the convention, I had the chance to attend breakout sessions and roundtables on topics that provided valuable information to new franchisees, along with topics that apply to franchisees across the board: operations, performance metrics, franchise development, consumer digital marketing best practices, etc.

Whether you were a franchise representative for a walk-in hair salon (that would be me), a mobile ironing service (yes, really), or the most delicious, amazing, perfect poutine (read part 1 of this story for more details.), there was a lot of conversation, a lot of networking, and a lot of learning.

(Are you back from reading about the poutine? Okay, let’s carry on then.)

The keynote speakers had great messages. Here are a few takeaways:

Gary shared his story of being born in post-WWII Germany and London, and how living through this difficult time in history gave him the resilience to forge a successful life. Gary eventually moved to Canada and, after working his way up the corporate ladder, he purchased the rights to bring Century 21 to Canada. Charlton Pacific Group now owns several franchise brands: Century 21 Canada, Century 21 Asia-Pacific, Centum Financial Group, Real Property Management, and Uniglobe Travel.

Gary’s key points: Have fun. Create a culture that doesn’t take itself too seriously. Rely on yourself, something he clearly knows firsthand. When he was 10 years old, he had to take the train and boat from London to Germany, crossing two borders, traveling through various countries and customs, all by himself. At 10 years old! His story inspired everyone in the room to rethink what we might describe as a “rough day.” (Also, a great question to consider: How do you rely on yourself? Good topic for a future blog.)

If you build it, will they come?

Todd’s key message was about the need to create a sales culture in your organization. Too many employees don’t understand that every interaction they have with a customer is a sales moment. Many employees don’t want to be “sales-y” so instead of asking one simple question—“How else could I help you today?”—they shy away, losing the opportunity to make the moment memorable and the opportunity to earn additional revenue.

Todd quoted the famous line from the movie “Field of Dreams”—“If you build it, they will come”—and told the audience that that’s not the case anymore. In today’s reality, it’s “If you build it, will they come?” (I’ve heard from several Great Clips franchisees who said this idea of waiting for customers to show up was a hard lesson to learn between the opening of their first salon and their second. It’s one reason Great Clips developed an intense new-salon opening guide—with tactics for attracting attention from prospective customers, media, and nearby businesses—for all of our franchisees, especially new ones.)

Trophy + beer = this is the way to hand out awards!

One more fun highlight from the CFA convention: At the awards gala, the two guys from propertyguys.com hosted the event, dressed up as the infamous duo from the 1983 movie Strange Brew. (In case you’ve forgotten this classic, here’s how IMDB describes the plot of the film: “Canada’s most famous hosers, Bob and Doug McKenzie, get jobs at the Elsinore Brewery, only to lean that something is rotten with the state of it.”)

When the award winners came up on stage to be recognized, “Bob” and “Doug” presented trophies along with a bottle of Molson Canadian. It became quite obvious by the end of the evening that Canadians are very proud of their national brews! (And I may have done a bit of taste testing myself—all in the interest of studying the local culture, of course.)

Want to talk about the impressive business opportunities happening in Canada (and discuss favorite beverages from the land of my birth)? Give me a call or send me a note. I’d love to talk some Canadian with you!